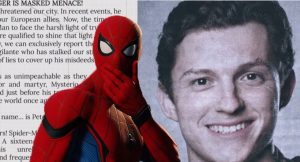 A little bit of history about our friendly neighbourhood Spiderman…

Marvel has featured Spider-Man in several comic book series, the first and longest-lasting of which is The Amazing Spider-Man.

Over the years, the Peter Parker character developed from a shy, nerdy New York City high school student to troubled but outgoing college student, to married high school teacher to, in the late 2000s, a single freelance photographer.

In the 2010s, he joins the Avengers, Marvel’s flagship superhero team. Spider-Man’s nemesis Doctor Octopus also took on the identity for a story arc spanning 2012–2014, following a body swap plot in which Peter appears to die.

Spider-Man 2099, which features the adventures of Miguel O’Hara, the Spider-Man of the future.

Ultimate Spider-Man, which features the adventures of a teenaged Peter Parker in an alternate universe.

Ultimate Comics Spider-Man, which depicts the teenager Miles Morales, who takes up the mantle of Spider-Man after Ultimate Peter Parker’s supposed death.

Miles is later brought into mainstream continuity, where he works alongside Peter. Wiki

Marvel I Survived My Trip to NYC T-Shirt